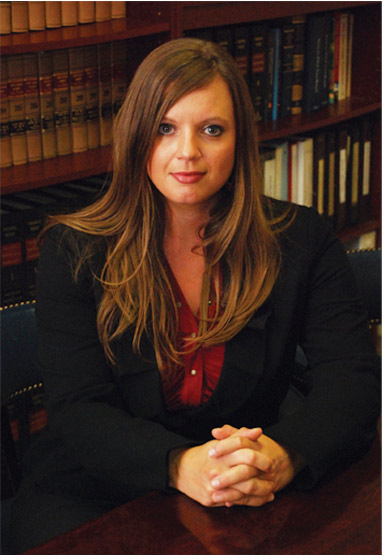 After ECU, Jennifer moved to the Big Easy to attend Loyola University New Orleans School of Law. There she predominately studied the common law tradition, which is the law used in all states but Louisiana. Jennifer also had the opportunity to study the civil law tradition (originating from the Napoleonic Code and is used in Louisiana) at a summer session at the University of Vienna in Austria. During her time at Loyola, Jennifer’s law studies focused on the areas of criminal law, trial advocacy, family law, business organizations, bankruptcy, and sports law. During the summer immediately preceding her final year of law school, she interned in High Point at the Public Defender’s office. As an intern, she was allowed to try cases, entered guilty pleas, assisted attorneys with jury trials and legal research, and drafted motions.

Since graduating from Loyola in 2004, Jennifer has been engaged in private practice. Her career has taken her to Guilford, Wake, Orange, Durham, Moore, Hoke, Montgomery, Alamance, Richmond, Davidson, Stokes, Davie, and Randolph Counties. Jennifer ran a solo practice and was managing partner in two other Asheboro firms from 2007 until forming her current solo practice. Jennifer has always had a general practice with a concentration in areas of criminal defense, family law, and issues concerning local businesses. She has been a parent attorney in DSS neglect/abuse/dependency cases, a guardian ad litem in incompetency cases, and represented juveniles in delinquency cases.

Jennifer has served on the board of directors for MERCE Family Healthcare since 2010 and is one of the attorneys who represent clients pro bono from the Family Crisis Center/Legal Aid in domestic violence cases. Jennifer also served as one of the two defense attorneys involved in Drug Treatment Court as well as assisted coaching Asheboro High School’s Mock Trial Teams.